As part of the UKAT family, we are able to treat you or a loved one at our Banbury Lodge clinic in Oxfordshire. Eating disorders require a rehab clinic with hospital level treatment in order to manage the individual’s physical health more effectively.

For those suffering from an eating disorder, or where it presents as a co-occurring illness alongside addiction, we are able to offer a comprehensive bespoke rehabilitation programme. We concentrate on challenging and changing the individual’s core beliefs through a number of proven therapeutic treatments.

For more information call, help and advice – Call us today!

Do You or a Loved One Have an Eating Disorder?

Individuals with anorexia nervosa often suffer from the condition body dysmorphic disorder (BDD).  BDD manifests in a deluded and false perception of their own body image. Even when they are extremely underweight, BDD will persuade them that they are fat and need to lose more weight.

The manifestation of BDD will drive them to never feeling satisfied with their own body and keep losing weight even when it is risking their own life. Anorexics severely restrict their food intake and also have tendencies to purging their body of any nutrients that they do consume through excessive exercise and the abuse of laxatives. Anorexics can also develop Bulimic tendencies. A

Bulimia nervosa sufferers consume very large amounts of food within one sitting. Following a binge, they will experience intense feelings of guilt, shame and regret; these feelings drive them to get rid of the food they have just eaten. In a bulimics mind, this resets their body and they feel cleansed after purging.

The process of purging usually takes place through self-induced vomiting and/or through the abuse of laxatives Those that suffer from bulimia tend to have an average body weight and their binging and purging takes place in secrecy. For these reasons, it can be extremely difficult to spot someone who is suffering from bulimia.

Those who suffer from binge eating disorder regularly lose control over the amount of food they consume. They will continue to eat, as they do not recognise when they are full. This is due to the fact that they go into a trance-like state that is devoid of emotions whilst they are binging.

Unlike Bulimia, they do not purge after a binge. Like Bulimia, they very much eat in order to cope with or avoid difficult emotions. Bulimics and binge eaters will usually eat things that are high in calories whilst binging. Foods that cause them to feel shame and guilt. During a binge, they have no control over their food intake and will often eat to the point of severe discomfort.

What Are the Causes?

Many individuals with eating disorders have complex and deep-rooted emotional issues that require professional treatment. There is no quick fix to treating disordered eating, it takes time, therapy and practical application. Eating disorders are often accompanied by other co-occurring conditions.

It has been recognised that an individual’s genetic makeup can make them more predisposed to developing a mental health illness. Where there is a susceptibility within an individual, the following can be a trigger for an eating disorder developing:

Short-term: we provide one year’s worth of free aftercare support sessions every week in the rehab you attended (or nearest clinic). Here you will engage with a group based therapeutic approach, with loved ones in attendance (if you so wish) but with the opportunity to speak with a counsellor one-to-one.

Long-term: we have built the UK’s first recovery network for all those who have attended a UKAT treatment facility. This lifelong recovery network is called Alumni – a gateway to lifelong sober companionship. Events include Christmas parties, dinners, adventure days out and, of course, summer BBQs.

This is the future of permanent recovery, and we are proud to be the first rehab family in the UK to offer it. Many people fear that letting go of an addicition or disorder means the end but at UKAT its just the beginning! Please call to hear more about rehab, recovery and lifelong happiness.

If you have any questions regarding our eating disorder rehabilitation, rehab locations and cost – we can answer them! 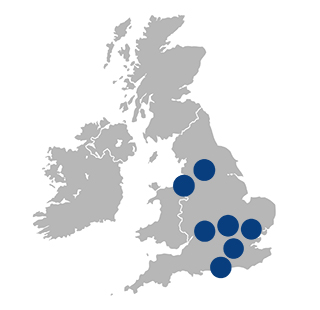 Enter your number below and one of our addiction counsellors will call you back shortly.

UKAT Group centres will continue to follow health and safety precautions to reduce the risk of COVID-19 entering our clinics.